Chris currently serves as the board Secretary and Operations Director for the Arizona Interscholastic Cycling League. Along with Mike Perry and John Shumaker, he co-founded the league in 2012.

Chris has been riding and racing mountain bikes since 1988.  He raced in one of the first formal mountain bike races in Young, Arizona in 1989 as a part of the Arizona Dirt Racing Association motocross race series.  This fueled a lifelong passion for riding bicycles off road.  Chris has been fortunate to travel across Arizona and the United States to race. Chris has been a longtime member of the IMBA, MBAA and the McDowell Sonoran Conservancy.  He has participated in Phoenix area trail maintenance/improvement projects, specifically in the City of Phoenix Mountain Preserve.

Chris has been a Firefighter for the City of Phoenix since 1993.  He has worked on some of the busiest Fire Companies in Phoenix.  As a member of the Urban Search and Rescue Arizona Task Force 1, he has responded to multiple national disasters including Northridge, California Earthquake in 1994, Oklahoma City Bombing in 1995 and World Trade Center Bombing 2001.

Chris is most proud of his family.  He has been married to his high school sweetheart Andrea since 1997 and they have two sons.  Fortunately his family has been very supportive and participative in his cycling addiction. 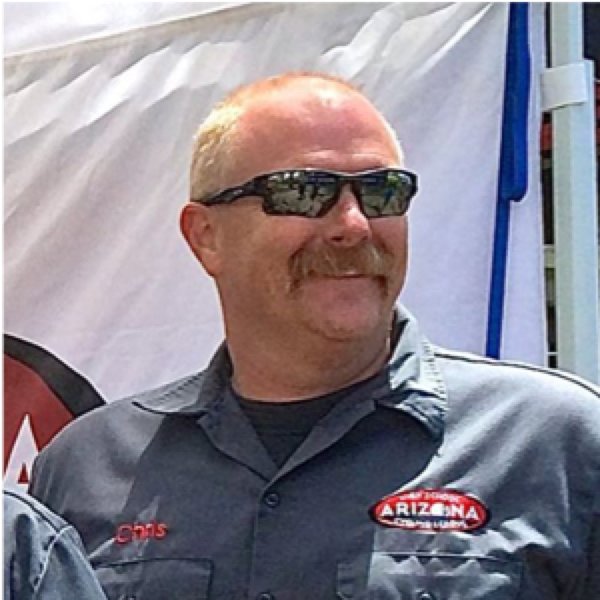